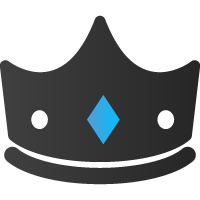 Skip to end of banner Go to start of banner

A dispute occurs when a customer questions your charge with their card issuer. When this happens, you are given the opportunity to respond to the dispute with evidence that shows that the charge is legitimate.

If possible, the best method of resolving a dispute is to contact the customer directly and work with them to resolve their issue.  Most disputes are caused by a customer not recognizing a charge on their bank statement from a legitimate vendor.

A dispute can have any of the following statuses:

Disputes fall into one of the following categories.

The customer claims they were charged multiple times for the same product or service.

In order to overturn this type of dispute, demonstrate that each payment was for a separate product or service. You should collect any and all information documenting that each payment was made separately, such as copies of receipts. If the receipts do not include the items purchased, be sure to include an itemized list. Each receipt should clearly indicate that the payments are for separate purchases of items or services.

If your customer was incorrectly charged multiple times, you should accept the dispute.

If you are able to get in touch with your customer and resolve the issue, you can ask that they withdraw the dispute.

In order to overturn this type of dispute, attempt to contact your customer directly. Sometimes customers forget about payments they make or don’t recognize the way they appear on their card statement. If this is the case, ask them to contact their card issuer and let them know they no longer dispute the transaction. Even if your customer agrees to withdraw the dispute, you must still submit appropriate evidence. Simply saying that your customer is going to withdraw the dispute isn’t sufficient evidence.

You should provide adequate evidence of the order details so that a legitimate customer recognizes it, or proves to the card issuer that their cardholder authorized the transaction.

If you believe the payment was actually made using a stolen credit card, you must accept the dispute. The credit card networks place liability for accepting fraudulent payments with you, the business. However, if you believe the dispute is invalid, you can attempt to prove this by submitting the appropriate evidence.

The product or service was received but was defective, damaged, or not as described.

In order to overturn this type of dispute, demonstrate that the product or service was delivered as described at the time of purchase. You might need to obtain a neutral third-party opinion to help corroborate your claim against the cardholder. If the customer has not yet returned the product or canceled the service, provide specific information to that effect. You should double-check your incoming shipping records to verify that you have not received a return before you respond. If you have processed a credit or reversal for this transaction, provide evidence of this which includes the amount and date processed.

If the customer no longer disputes the transaction, provide a letter or email from the cardholder stating that they are no longer in dispute.

The customer claims that the purchased product was returned or the transaction was otherwise canceled, but you have not yet provided a refund or credit.

In order to overturn this type of dispute, demonstrate that you have issued a refund to your customer through other means or that they are not entitled to one. You can not issue one while a payment is being disputed. If you believe that they were entitled to a refund that you did not provide, you can accept the dispute.

Ideally, you should first contact your customer to better understand their complaint; you might be able to explain the misunderstanding or resolve it. If you are able to resolve the issue with your customer, you can ask that they withdraw the dispute.

In addition to the following evidence, your submission should include correspondence with the cardholder saying they would withdraw the dispute, and a written statement from their card issuer confirming that the dispute has been withdrawn.

The customer claims they did not receive the products or services purchased.

In order to overturn this type of dispute, prove that the customer received a physical product or offline service, or used a digital product or online service. This must have occurred prior to the date the dispute was initiated.

The first thing you should do is contact your customer. Understanding why they filed the dispute will be important for helping make sure your customer gets the product and will give you critical information to prevent this from happening to others.

The customer does not recognize the payment appearing on their card statement.

The customer claims that you continued to charge them after a subscription was canceled.

In order to overturn this type of dispute, prove that the subscription was still active and that the customer was aware of, and did not follow, your cancellation procedure.  If you are able to get in touch with your customer and get an understanding of what they believe happened, there is a chance for you to explain the misunderstanding or to make it right.

In some circumstances, a warning can be received before a formal dispute has been filed.